The number of students gaining firsts has doubled

The number of students graduating with a first-class degree has more than doubled in 10 years, with one in six now gaining top honours, figures show.

Official statistics reveal that a record 61,600 graduates left university with a first last summer, with the numbers soaring in the past five years.

There has also been a rise in the numbers of students gaining an upper-second, according to figures published by the Higher Education Statistics Agency (HESA).

The hikes are likely to spark fresh concerns about grade inflation.

The latest figures show that two-thirds of students left university in 2012 with a first or 2.1.

There has been a rise in the student population in the last 10 years, but the number of those obtaining a first appears seems to have risen further.

The Hear is a detailed record of a student’s university achievement, which is given alongside a final degree award.

It can include more information on academic courses, such as module marks, as well as details of volunteering work, any prizes a student has won, additional qualifications that can be verified by the university and any other positions held, such as the captaincy of the hockey team.

It was disclosed last year that more than half of UK universities have confirmed they are to bring in the electronic record, similar to the reports children are given at the end of the school year, with more expected to follow.

Gilleard said: “Whilst the Hear is new territory for employers, it is one that the AGR believes will offer many benefits – providing employers with a far richer and broader range of information on their business’s potential employees.

“I have noticed how it is acting as a catalyst for change, with students better able to articulate what they have to offer to employers and considering the skills they have developed more carefully.”

Nicola Dandridge, chief executive of Universities UK, said “The proportion of firsts and 2:1s awarded has increased in recent years, reflecting increases in entry levels. Performance in A-level and other examinations have improved, so it is unsurprising that degree results would also show an improvement.

“However, the sector has recognized for some time that the current degree classification system is a blunt instrument, hence the recommendation last year that, from autumn 2012, all students entering undergraduate degrees will leave with a Higher Education Achievement Report (Hear), as well as a degree certificate.”

A spokeswoman for the Department for Business, Innovation and Skills (BIS) said: “We are encouraging universities to implement the Higher Education Achievement Report because it has long been acknowledged that the degree classification doesn’t give a detailed description of student achievement. This gives employers a much fuller description of students’ skills and expertise.” 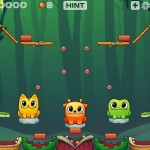 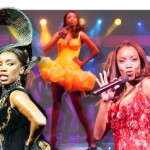 Next article - The Bodyguard at the Theatre (Review) : Whitney Houston’s Talent Lives On »