BRITAIN’S TOP universities are reaching out to black and minority ethnic young people with a conference to encourage them to consider a future at Oxford or Cambridge. 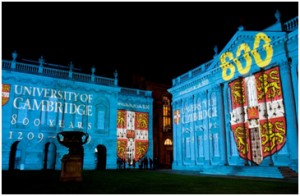 The move is a response to a campaign led by Labour’s former higher Education Minister David Lammy who specifically challenged Oxford on why so few black students were offered places.

As a result, the university has renewed efforts to increase its outreach work to help make the prestigious institution more accessible.

Figures show that black pupils are the least likely to apply. Now Oxford, Cambridge and Harvard have partnered with Kingsway International Christian Centre (KICC) for a second annual Breaking Educational Barriers: The Open Door conference later this month, an education event open to the entire community.

“This conference is not just about our church community. This is a group of people who have the experience, but also a passion to help young people succeed.”

“We felt the conference should not only offer practical advice for parents and pupils on routes into top universities but be inspirational too, and instil a desire to achieve higher. There is something compelling about hearing stories of those who have been to Oxbridge and Harvard. It makes something you thought you could never do become more achievable.”

D’Almeida said that part of their task was to educate African and Caribbean parents and address a “knowledge gap” that could be holding their children back. One key area was a tendency to push their children towards oversubscribed courses such as medicine or law that are already fiercely competitive.

“We want parents to realise that if your child has an enquiring mind and aims for excellence, then they can study anything,” she explained.

It is a reflection of statistics that show that black Caribbean pupils are significantly outperformed by their black African counterparts.

Look for the best students

“We can’t change someone’s grades but what we can do as a university is work with younger age groups to inspire them to go after those three As and put in support structures to help get them there. If you want the best students, you have to look for them.”

She said working with KICC was a good way to reach the students most under-represented at Oxford. “Working with individuals and schools is not as effective as working with an entire community of parents, teachers and community leaders as they all have a role to play in supporting a child’s education. At the conference, we will talk about subject choice, what careers they can lead to and issues around finance.” 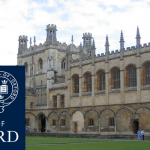