Charlene White is a familiar name and face on ITV. She has covered some of the biggest events in the world, including Hurricane Katrina, and has rubbed shoulders with the high and mighty in all sectors. She had humble beginnings where she initially wrote features for the New York Post. By age 24, she was the youngest newscaster on BBC. As a young girl, she had been inspired by Trevor McDonald and Moira Stewart and she knew that she would become a journalist someday. Never losing sight of her vision, she attended London College of Printing.

Despite her busy schedule, she has not failed to give back to community. She is not only a role model, but also a mentor. She is largely involved in youth mentorship, something that she learnt from her mother, who was a social worker. Charlene is very outgoing and regularly hosts ceremonies, galas, and even events for corporate people. Her numerous interests showcase her as being very selfless. She is a school governor, and a patron too at the Bowel Cancer in UK. All she lives for is to better people’s lives.

White has an incredible passion for her job, and she does not mind the long hours, or even situations when she has to work under some dangerous conditions, like during riots. Charlene is indeed a lady to look up to as a role model, especially for young people with a passion in Journalism, other careers, as well as in life too! 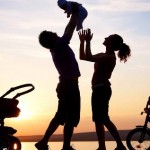 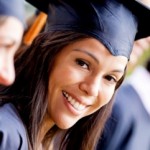 Next article - The Top 12 Degree Subjects For Getting a Job »