Chinua Achebe recognised and commonly known as the founding father of modern African literature. He died last week on the 21st march 2013 at the age of 82 years old.

He was not only a novelist; he was also an essayist and a poet. Amongst his many books, his debut called ‘Things fall apart’ written in 1958, according to Lyn Innes of the guardian paper, ‘this book contested European narratives about Africans and his refashioning of the English language to convey Igbo voices and concepts, established a model and an inspiration for other novelists throughout the African continent.’

A whole new generation of African writers have been greatly inspired and influenced by this great man. Writers like Chimamanda Ngozi Adichie (Author of Purple Hibiscus and Half of a yellow sun) names Mr Achebe as one of her main inspirations to writing.

His many books included, Things fall apart, Arrow of God, A man of the people, No longer at Ease and his most recent one is called, There was a Country.

He may have gone, but he has left us with a great legacy through his writings and through others that he has influenced. 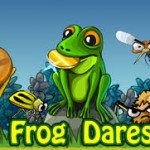 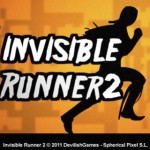