I have a dream that my four little children will one day live in a nation where they will not be judged by the color of their skin but by the content of their character.

The ultimate measure of a man is not where he stands in moments of comfort and convenience, but where he stands at times of challenge and controversy. The true neighbor will risk his position, his prestige and even his life for the welfare of others.

We will have to repent in this generation not merely for the hateful words and actions of the bad people but for the appalling silence of the good people.

Nothing in all the world is more dangerous than sincere ignorance and conscientious stupidity.

Like anybody, I would like to live a long life. Longevity has its place. But I’m not concerned about that now. I just want to do God’s will. And he’s allowed me to go up to the mountain. And I’ve looked over, and I’ve seen the promised land . . . So I’m happy tonight. I’m not worried about anything. I’m not fearing any man.

If a man hasn’t discovered something he will die for, he isn’t fit to live.

I submit that an individual who breaks a law that conscience tells him is unjust, and willingly accepts the penalty by staying in jail in order to arouse the conscience of the community over its injustice, is in reality expressing the very highest respect for the law. 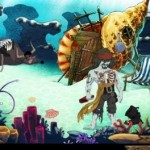