Kelly Rowland, who was a judge on last season’s British version of X factor, is embarking on a new project called ‘what would Dylan do’ a BET comedy series where she has landed a leading role.

This new comedy is said to follow a Los Angeles based relationship blogger, Dylan (Kelly) who lives with her best friend, Cherise (Gabrielle Denise) and a wealthy, divorced roommate called Brooke (Melanie Liber.)

Watch out!! It should be entertaining. 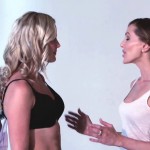 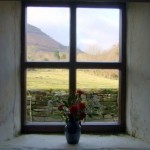 Next article - The Window »