Kelvin Okafor – The Work of the Hands and a Pencil 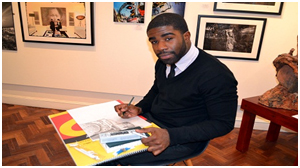 Kelvin Okafor is causing waves in the Arts World. He amazes us all with life-like lead-pencil and charcoal drawings of famous people.

Kelvin mostly works on celebrity drawings. “The reason why I chose to work with celebrities is because the audience can relate to them. People are able to identify celebrities, that way they are able to see how accurate I draw and how precisely I draw”.

For a young guy at 27yrs, he has also proved his skill at still life.

In an age where many artists veer from the craftsmanship of traditional art into the world of concept art and film, Kelvin courage’s to brave a tough domain filled with great artists can only stem from one thing: talent.

Kelvin was raised in Tottenham, London by his Nigerian parents, who according to him are his number one fans.
The Tottenham, London-based artist said: “I’ve always been creative, but fell in love with using pencils in particular. It was only when my images started to create a buzz with other Middlesex University students that I realised their impact.”

Before even starting a piece, he spends a few days analysing a photo, concentrating firstly on the subject’s eyes as he shapes the portrait through them due to their importance to the piece. He spends around 80-100 hours to complete his amazing pencil drawings over approximately three weeks in the studio. The genre is known as ‘photo-realism’ and Mr Okafor creates his detailed work based on a mixture of life and photographs.

Starting from £5,000, each of his pieces of work sells for on average £8,000-£10,000 dependent on the scale. His exhibition at the Science Museum in February this year got thumbs up when Queen Noor, widow of King Hussein of Jordan, visited. On display was a portrait of the late King by Kelvin Okafor.

Following his success in the UK, the young artist intends on taking his works further afield. “The United States, of course,” he reveals “but also Nigeria”.

“The attention I’m receiving is surreal and hasn’t really sunk in yet. I’m usually sheltered from it in my studio as I continue to build my portfolio, but I’m really humbled and honoured that so many people appreciate my work. I hope to have my own gallery in the future,” Mr Okafor said.

To hear more from him visit: http://www.youtube.com/watch?v=ERbNHY5bX28 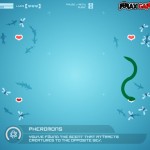 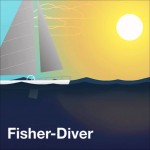