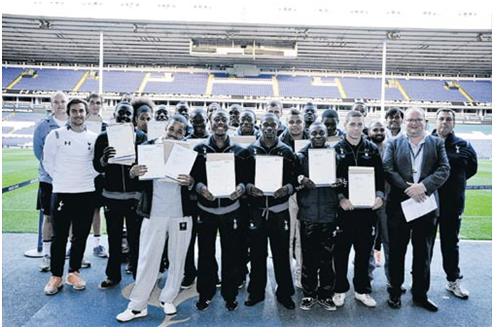 What a great combination of success!!

Up to 50 students who enrolled in a program designed to engage young people in football theory successfully completed their level 1, level 2 and level 3 BTEC course in sports studies.

A partnership had been formed between Waltham Forest College and the Tottenham Hotspurs foundation where there is a program designed to engage young people in football theory, Tottenham Hotspurs Academy standard coaching and a range of academic qualifications.

Whilst the young ones spent their mornings in the classroom studying sport related subjects such as anatomy, physiology, coaching, sports leadership and business, their afternoons were spent with the coaches from Hotspurs foundation on the training ground where their football skills were developed.

The Head coach commended the boys for their impeccable behaviour on the pitch, and noted that not only were they good on the pitch but that they were an absolute credit to the college as well. He went on to say ‘they had obviously grown into a team over the course of the year and made a great transition from boys to mature young men.’
The boys did win their league and will progress to a higher league.

Finally the principal, Robin Jones stated that he was very proud of the boys and reminded them that it was very important to have education to fall back on whilst pursuing their dreams. 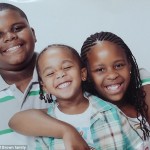 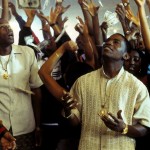 Next article - Paid in full »