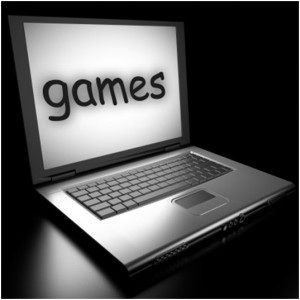 Game designers invent, build, produce and promote computer games for PCs, games consoles, the Internet and mobile phones. The work could involve developing new games or updating existing titles. Game design is like being the film director, but for a computer simulation (imitates the appearance of reality).

Game designers are the creative thinkers in the development of a game, and they become the story-tellers in how the game is to be played.

A typical day for a Computer Games Developer depends on the stage of the games development process. A game can take several months or even years to produce. There are many stages before a game is released, from creating ideas and characters to programming and testing. Your work might include

Most computer games developers have a qualification. However employers may be more interested in your software skills and experience. The most useful courses include practical skills and work placements. Many people find their first job in the games industry through placements as part of their degree. Check course content and entry requirements carefully so that you choose the right one for you.

Relevant courses in the following areas are very popular choices

Another very popular way to start working in the games industry is as a quality assurance (QA) tester. You do not need a degree to start at this level, but you must have plenty of experience of game playing, and full knowledge of game platforms and styles. It is also useful to have some knowledge of programming.

Employers will want to see proof of your talent and creativity when you are looking for work. You will need to show examples of your work, which could include completed game projects, ideas for games or programmes, or a DVD or online portfolio of artwork or animation.