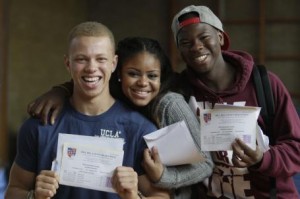 Christian Nnochiri, 18, (left) who attends Mill Hill County High, in Barnet, has become the fourth generation of his family to join the prestigious institution. He follows in the footsteps of his Nigerian father, maternal grandfather and great grandfather.

Nnochiri, who achieved two, A*s in economics and maths and two As in politics and geography, said: “There was no pressure to go to Cambridge – it was something I really wanted to do for myself.

“It was a goal I set and I am relieved I got the grades to achieve it.”

The journey has not been without its challenges. Earlier this year, his grandparents were killed in a car accident, but died knowing he had an offer to go to Cambridge.

“After I got the letter my grandfather gave me a photograph of himself standing next to a window at Cambridge where his father had engraved his initials. I know how much this meant to him, and how proud he would be.”

The hardworking pupil, and part-time model, plans to take a gap year before joining Gonville and Caius College in October 2013, where he will study land economy.

“I did have an offer of a three-year modelling contract in New York, but I can’t take it because university is my priority. That’s the route that has longevity – although it would be great to do a Lily Cole,” he said with a laugh.
In 2011, Nnochiri won a Diamond Award from the Aces project, an organisation which celebrates outstanding youth achievement in the black community, for his impressive GCSE results of nine A*s and three A grades.

He had this advice to offer his peers: “I love to prove doubters wrong. Honestly, the feeling I have right now is so much better than that feeling of disappointment when you know you could’ve done more.

“Do your best in the moment. In my first year of AS, I put in a lot of work, and eased up in my second year. At exam time, I shut down my Twitter and Facebook accounts because they are the ultimate distraction.

“I still found time for my friends, but I know there was nothing more I could have done. I’m only sad to say goodbye to Mill Hill County. It gave me seven of the best years of my life.”

A big congratulations to all who did very well in their exams, ten2teens magazine is very proud at this moment. And to others who were disappointed due to one reason or the other, do not give up, you can still do it. 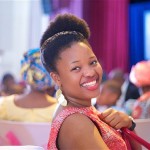 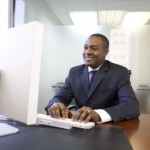