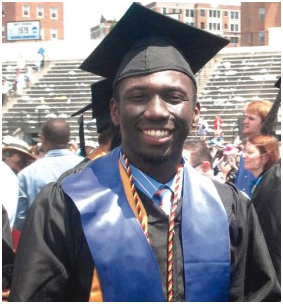 As a young boy coming into the United States at the age of 13, he was taunted and bullied for being African while he was in middle school. The brilliant aspect of this is that he persevered. He was not only resilient but also disciplined. According to the website source of this story, not only did he graduate top of his class at Johns Hopkins University 2 years ago, he made history by becoming the first Black man to do so in the university’s history.

Read his own words of his experience and see for yourselves the beauty and rewards of perseverance, hard work and discipline.

When I got to the U.S., I was enrolled with my age mates, which meant at 13, I was in middle school. I went to Fondren Middle School, which was in the middle of the ghetto. That was one of the darkest years for me because I encountered a lot of peer pressure. Some of the students, ignorant about Africa, bullied me and called me names such as ‘African booty scratcher’ because to them, Africans were dirty and scratched their butts all the time.

Some asked me if I lived in mud huts and ate faeces for breakfast. I remember one day, when I was walking to the school bus, a boy came from behind and punched me in the face, called me an African and walked away. It took everything in me not to retaliate. I knew that God had put me in the U.S. for a purpose and it did not involve fighting or selling drugs or doing the wrong things.

My experience during that year gave me a thick skin. I learned to stand for what I thought was right even when the opposition seemed insurmountable. I also learned to look at the positive in all situations. Even though these kids were bullying me, I was still gaining an opportunity to school in America and nothing would stop me from making the best of this opportunity.

The shocker was that the kid that punched me in the face was Black. I would have expected the Blacks to be nicer to me. Nevertheless, I don’t blame those kids because they were ignorant about Africa. All they knew about us was the stuff they had watched on TV or documentaries, showing primitive African tribes, living in the jungle and making noises like monkeys.

In regards to the whites, there might have been some minor episodes but again I don’t blame them for it because it is a problem with stereotypes. 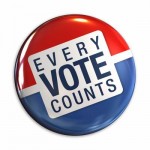 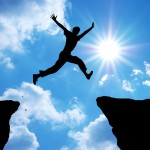