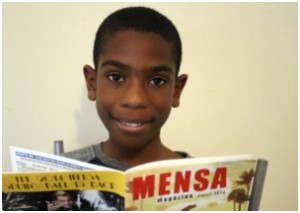 CHECK OUT AN 11 YEAR OLD WHO IS SAID TO HAVE AN IQ HIGHER THAN EINSTEIN!

Ramarni Wilfred at 11 years old has been told he has a higher IQ level than Steven Hawking, Bill Gates and even Albert Einstein. Ramarni was invited to a graduation ceremony at Oxford University after writing an essay and awarded a 2:1; he was then invited to take an IQ test at Birbeck University. To his surprise, he was given an IQ of 162 which places him in the top 1 percent in the UK.

“I was the youngest person there and some people looked in their 40s.” says Ramarni.

Mensa’s chief executive, John Stevenage, said: “Ramarni’s score shows he has great potential and we are pleased to welcome him to Mensa.

Ramarni was part of the gifted and talented program, a scheme to develop the abilities of more able pupils, as well as the Brilliant Club, a program for those aged 10-16 who come from less privileged backgrounds.

Ten2Teens Magazine is very proud of you, Ramarni. Massive CONGRATULATIONS. 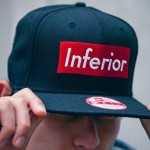