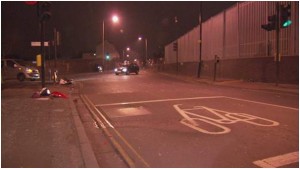 The site of the fatal crash on Ilderton Road

A 13-year-old girl has died in a crash involving a car which was being pursued by police in south east London.

The teenager was travelling with her mother, father and brother in Ilderton Road, between New Cross and South Bermondsey, on Sunday when their Volkswagen Polo and a Peugeot 308 that was being chased by a marked police car collided.

The girl, who was in the rear of the car, died at the scene from her injuries, Scotland Yard said.

Her parents and brother were taken to hospital and their injuries were not thought to be serious.

The male driver of the Peugeot was arrested and taken into custody. A female passenger was taken to hospital suffering from minor injuries.

The incident happened just before 6.30pm and police, ambulance and fire crews attended.

The Metropolitan Police said the pursuing police car had its blue lights and sirens on when the collision happened.
Commander Tony Eastaugh said: “An innocent family are now dealing with the tragic loss of a loved one.

“The Metropolitan Police has now begun a thorough investigation into the circumstances of this terrible incident. The thoughts of our staff and officers are with the family at this time.”

Traffic police and officers from the Directorate of Professional Standards are now investigating, the force said.

The Independent Police Complaints Commission has also been informed and an investigator was at the scene assessing the circumstances of the collision. 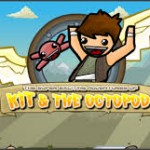 Next article - A Hunt for School Leavers by Whitehall »